Our travel experts provide quality service whenever you need it

We offer the best rates for your flights around the world

No hassle, no extra costs. Cancellations made easy.

Sign up for Crystal Travel emails below to reveal a promo code you can use today.
Sign Up & Get Promo Code!
Applies to bookings for 3+ travellers. Book by 30 Apr, 2020 Learn more

Don’t let New York City’s daily hustle make you miss out on worth exploring places!
Undoubtedly, the world’s biggest financial and commercial hub, New York City, is one of the most populated cities in the US. In fact, this city is so big that even if you spend your whole lifetime here, you’d still miss out on thousands of things to explore. Whether you’re visiting from a foreign country or you’re a local tourist, the city offers so much to everyone that its hustle never stops!
While a holiday plan to NYC might sound like a daunting task, it’s our job to make your whole journey comfortable. So, whether you’re eager to spend an evening at Central Park or you’re waiting to board a train from the Grand Central Terminal, we have got you covered everywhere.
Now, don’t feel worried about the rush or hustle of NYC, and call our travel experts today to get the best deals on cheap flight tickets to New York City. For your comfort, Crystal Travel offers easy booking services through its potent search engine where you can find tons of exciting flight deals. So, hurry up and don’t miss out on such amazing deals!
Book Your Flight to New York City with the Top Airlines in the US

While we don’t have any solution to lessen NYC’s hustle, we can undoubtedly make your journey hassle-free. With our partnered airlines, you can now select the best deal that fits perfectly with your budget. And don’t worry as you don’t have to pay some additional amount for flying with such premium airlines. To give you an overview, here are a few of them:

The last thing you might want to do is go over budget at a place like New York City and then worry about your holiday expenditures. But, we can’t see our travelers in such situations, and hence our travel experts are ready to offer you cheap plane tickets to New York City at only one call. So, hurry up and don’t miss out now!

All fares above were last found on: Aug 14, 2021. Fares are round trip. Fares incl. all fuel surcharges, taxes and fees. Displayed fares are based on historical data, are subject to change and cannot be guaranteed at the time of booking. See all booking terms and conditions.

Do you know that NYC is divided into five boroughs? Here are five more facts about this iconic city:

The Statue of Liberty was a gift

Yes, New York City’s iconic monument was a gift from the French government to honor the two nations’ alliance during the American Revolution. Hence, apart from representing NYC’s pride, the statue is also an evergreen symbol of the French connection with American history. Moreover, even the term “liberty” was quite controversial to use during the 19th century as people connected it with other terms like “revolution” and “violence.” 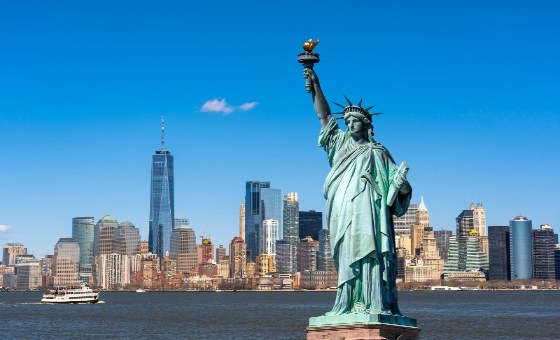 Do you know that New York City’s coastline is around 520 miles long? To make you understand its size better, Boston’s 180 miles and Los Angeles’ 75 miles long coastline are pretty much nothing in front of it. And if you want to see most of it at once, then getting a Skyline Cruise is perhaps the best option. However, even that wouldn’t be able to cover many exciting stories about New York City’s coast. For instance, the famous bridge over the East River (which isn’t exactly a river) has three names given by the natives and the local government! 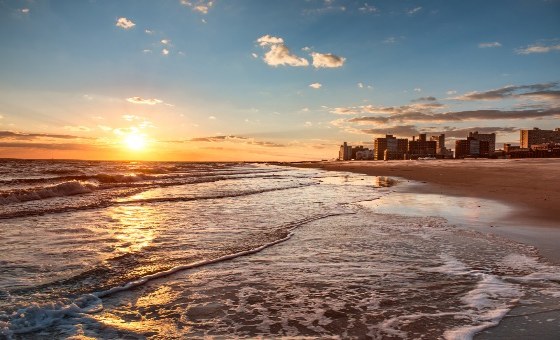 New York has Cherry Blossoms too

Why go to Japan when you can enjoy cherry blossoms at NYC’s Central Park too? The famous Japanese trees- Sakura are available at numerous locations in New York City. For instance, you can head to Brooklyn Botanic Garden or Sakura Park and get the best view of these blossoming flowers. Moreover, Central Park has two different species of Cherry Blossom named Kwanzan Cherry and Yoshino Cherry. 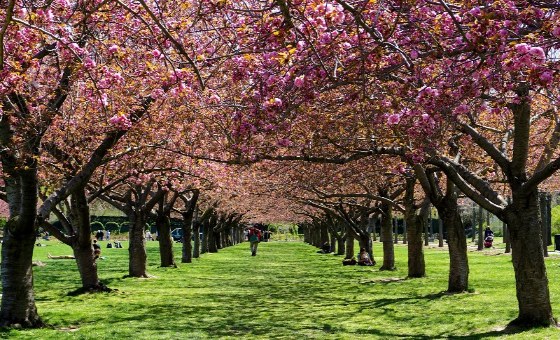 As of now, NYC’s population is more than 8 million. However, at the same time, the New York Public Library has more than 50 million books available, making it the third-largest library in the world. Hence, every single NYC citizen can get at least six books from this library, and still, there’d be more than 2 million books left to read. 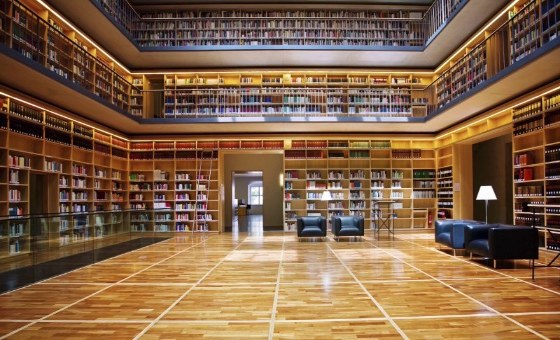 More than 800 languages and dialects

With more than 800 languages and dialects, NYC is undoubtedly one of the most linguistically diverse regions in the whole world. To make it further exciting, here’s another fact about NYC’s diversity. The Seke language from Nepal is spoken by 600 to 700 people worldwide. Surprisingly, you can find 100 of those people here in NYC alone. 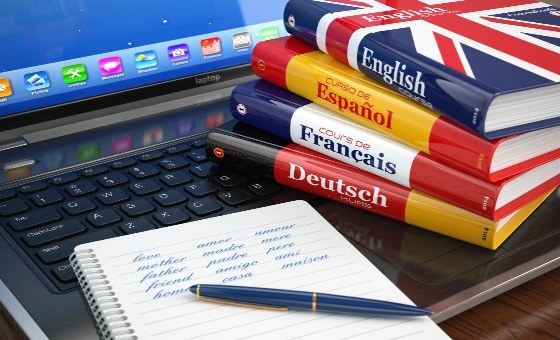 It might be impossible to cover the whole NYC in one life. But for now, here are its five best places for you:

Central Park
Covering an area of more than 840 acres, Central Park is that one place in NYC where everyone usually goes at least in summers. With more than 20,000 trees and 300 bird species, there’s no doubt that Central Park is the main attraction of this city. From smelling roses at walkthroughs to attending music concerts of your favorite artists, there’s hardly anything that tourists can’t do at this place.

The Metropolitan Museum of Art
If nature lovers have their botanical gardens and entertainment geeks can visit Times Square, this museum is surely a must-go place for those who love art. With more than two million artworks, this place is the US’ largest art museum ever.

Times Square
Times Square might not be a square, but it’s surely a junction of tourism, entertainment, and commercial sector. With more than 300,000 people passing through every day, there’s no limitation on this place’s offerings. From participating in roadside events to experiencing the midnight life of this place, every activity at Times Square has its unique excitement to offer.

9/11 Memorial and Museum
Located in the World Trade Center, the 9/11 Memorial and Museum depicts the horrifying incident of 9/11 where thousands of people lost their lives. The whole tour at this museum might take around two hours, and it’ll leave you feeling quite emotional and more educated about the local community of NYC.

New York Botanical Garden
With more than 250 acres of area and over one million plant species, New York Botanical Garden is an ideal choice for those who love spending time with nature. Considering the recent global modernization, it’s hard to find such a massive botanical garden in any part of the world. But still, more than 1 million tourists have visited this place showing their affection towards nature regularly.

Get a great deal on your next holiday

By clicking, you agree to receive promotional offers and discount travel deals from Crystal Travel.

We use cookies to ensure that we give you the best user experience. Cookies are used to serve you the relevant advertisement from us. If you continue to surf our website without changing your browser setting, we'll assume that you are accepting our cookies policy from crystal travel.